Even the blind can see the world has gone tech and it has no plans of going back. There’s virtually no area in our world today that’s not significantly being disrupted or influenced by tech and this trend from all indications is only going to increase. This wave has hit the agricultural sector also, making the fantasies of farmers a decades ago, the living reality of farmers today. These are exciting times for all stockholders in the farm industry today.

Interest in discrete markets and technologies for agtech will continue as farm management adopts a data-driven agronomy, encompassing imagery, sensors and artificial intelligence platforms driving an evolution from precision to “predictive” agriculture. (TechCrunch.com)

A world with animal and crop health sensors will continue to flourish this year. “Fitbits for cows, chickens, pigs — we see it happening now, but it will expand,” Using drones to fly over herds to check on the health is happening. Farmers are monitoring the gestation of an animal, getting notifications from their iPhone. We’ll see connectivity as a management practice, “Being connected can save time and money on animal health.” New products rely on aerial satellite imagery, greenness sensors, soil maps and millions of weather data points — this innovation meshed with a group of early adopters is sure to keep technology pushed to the limits.

Katy Mumaw writes as she interacts with key stakeholders (www.farmanddairy.com)

Talking about Acceleration in Technology Ed Clark says “Data analysis in the years ahead will supplement what farmers know intuitively—and in some cases challenge those assumptions. New products rely on aerial satellite imagery, greenness sensors, soil maps and millions of weather data points. The question of data ownership will be a subject of growing debate” (www.agweb.com)

Everyone sees that the future of agriculture is tech (including biotech), so lets check out some of this top tech worth noting, lets begin in no particular order;

More farm equipment today is being outfitted with smart sensors that can read everything from plant health and water needs in the crop to nitrogen levels in the soil. The sensors then enable on-the-go application of inputs based on real-time field conditions.

The decades of work to develop drought-resistant plants are finally producing results. The first corn hybrids marketed for drought conditions are now being sold. These hybrids use natural gene selection and are targeted to where water is a key limiting factor. Companies promise yields will be more stable with these hybrids.
As research continues, scientists will find new keys to improving yields under drought. For example, researchers at Purdue University recently discovered a genetic mutation that allows a plant to better endure drought without losing biomass. This discovery may help reduce the amount of water required for growing plants.

Precision agriculture technologies are becoming more robust and more precise, ushering in an era of hyper precision. The widespread adoption of RTK navigation systems is driving the hyper precision era.
With RTK navigation in hand, precise seeding and fertilizer applications have become a reality. Manufacturers are introducing controllers, drives and shutoff systems with ever-finer resolution and the ability to apply multiple products at variable rates.
“Accuracy is addictive,” says Matt Darr, Iowa State University precision ag specialist. “It unlocks a lot of new potential — things that really add value back to the farm.” –David Hest

This Nigerian born ingenious idea is worth all the hype its getting. Kitovu is a mobile based platform that collects, analyzes and aggregates soil and geo-location data, as a tool to provide farmers with soil and crop specific fertilizers, improved seedlings, and agro-chemicals, while at the same time connecting farm produce to offtakers. (Check out Kitovu.com.ng for more)

Corn trait technology could be in for a revolution, and it’s coming in a small package. Mini-chromosome technology promises to deliver multiple stacked traits in a single corn hybrid faster and more efficiently than today’s stacking technologies. The technology, developed by Syngenta and Chromatin, constructs in the lab a new mini-chromosome that contains a given trait or traits.
Stacking could involve not just three, five or eight traits in a single corn hybrid, but dozens, if not hundreds, of specific traits. All this without altering the corn’s original chromosomes.

Imagine pulling up on your mobile computer a map that shows where all your vehicles are operating and their fuel levels, how much product has been applied or how much crop harvested, and even if a piece of equipment is ready to break down. This type of Big Brother look is now possible with telematic products that allow navigation, prescription application, location and other data to be transferred easily to and from farm machinery.

Unmanned aerial vehicles (UAVs), better known as drones aren’t the newest technology in the block but they’re definitely one of the disrupters in the agricultural sector.
The Following are six ways aerial and ground-based drones can be used throughout the crop cycle:
i. Soil and field analysis: Drones can be instrumental at the start of the crop cycle. They produce precise 3-D maps for early soil analysis, useful in planning seed planting patterns.
ii. Planting: Companies have created drone-planting systems that achieve an uptake rate of 75 percent and decrease planting costs by 85 percent. These systems shoot pods with seeds and plant nutrients into the soil, providing the plant all the nutrients necessary to sustain life.
iii. Crop spraying: Drones can scan the ground and spray the correct amount of liquid, modulating distance from the ground and spraying in real time for even coverage. Experts estimate that aerial spraying can be completed up to five times faster with drones than with traditional machinery.
iv. Crop monitoring: Previously, satellite imagery offered the most advanced form of monitoring. But there were drawbacks. Images had to be ordered in advance, could be taken only once a day, and were imprecise. Further, services were extremely costly and the images’ quality typically suffered on certain days. Today, time-series animations by drones can show the precise development of a crop and reveal production inefficiencies, enabling better crop management.
v. Irrigation: Drones with hyperspectral, multispectral, or thermal sensors can identify which parts of a field are dry or need improvements. Additionally, once the crop is growing, drones allow the calculation of the vegetation index, which describes the relative density and health of the crop, and show the heat signature, the amount of energy or heat the crop emits.
vi. Health assessment: By scanning a crop using both visible and near-infrared light, drone-carried devices can identify which plants reflect different amounts of green light and NIR light. This information can produce multispectral images that track changes in plants and indicate their health.

What? You thought we wouldn’t make the list! Well we’re changing the entire landscape of farming in Sub-Saharan Africa, definitely worth it.
Last but definitely not least is E-farms, an online platform that allows Farm Investors invest in farms to fund small holder farmers as well as providing empowerment for youths and graduates passionate but unskilled in agriculture through it’s farmers academy. It gives you a farm without ever stepping into the farm and provides funding for clusters of small holder farmers. (Check it out: www.efarms.com.ng for more)

Well there you have it some of the technologies redefining agriculture the world over, some still in their pilot stages, some already widely being used. Just one question comes to mind for us;

Where does Africa fit into all this?

According to Akinwumi Adesina, President of the African Development Bank “Africa’s potential that requires being unlocked is massive as it has 65 percent of the world’s arable land,” he added. “But Africa cannot eat potential.”

He also said “Africa spends 35 billion US dollars in importing food; it is projected that the number will grow to 110 billion US dollars by 2025. Africa is importing what it should be producing, creating poverty within Africa and exporting jobs to other continents,” he cried.

Like Mr. President stated “Africa cannot eat potential”, it’s obvious one of the reasons for Africa’s backwardness in Agriculture despite it’s obvious natural advantage is the ignoring of modern technology in our farming practice. Most farmers still use manual and outdated machinery, they use ancient and ineffective farming methods, which are energy consuming and low yielding.

We’ve got to rise up and get going, we can’t wait forever for our governments to catch up, our nations may die of hunger by then, that’s why efforts like E-farms farmer’s academy and the likes across Africa are a breath of fresh air. Let us rise and take advantage of our vast resources and potentials, let us arise and leverage modern technology to accomplish our Agricultural needs and aim, let us arise and do something great. Remember;

THE STRUGGLE OF FARMERS IN NIGERIAN AGRICULTURE 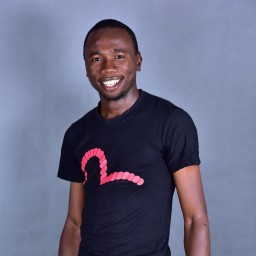 William is a patient but quick to deliver personnel. A graduate of Computer Science, University of Nigeria, Nsukka with several certifications inlcuding a Google Certification in online marketing, he has proven to be a prodigy with an uncanny ability to bring projects to life on schedule.