AFRICAN AGRICULTURE IN THE 21ST CENTURY

Agriculture in Africa accounts for 25 per cent GDP and 70 per cent of her employment ratio. In the early days, Agriculture was majorly practiced by our aged fore-fathers and fathers who were mostly involved in subsistence agriculture to ensure their feeding and those of their immediate family; with the systems of agriculture applied too fundamental to encourage the younger ones to actively participate in it. This saw the reduced participation of the youths in agriculture because farming was recognized as a lacklustre and tedious activity.

The current United Nations estimate puts African population at about 1.2 billion which is equivalent to 16.41 per cent of the total world population making Africa the second largest and second most populous continent on earth. Hence, with the steady rise of the African population, agriculture must be positioned in a different light to attract the participation of the youths who must see agriculture not as an unskilled job but rather as a profession.

The 21st century agriculture in Africa is greatly built upon:

Agriculture in Africa is a great tool to drive increased economic growth; thus enabling massive reduction in poverty levels bedevilling the continent. Investment in the sector ensures food security to cater for the millions of individuals in the continent; by 2030, world population is projected to hit 8.3 billion and the bulk of the world population will take place in Africa.

In conclusion, the world requires an increase of 50% in the production of more food by 2050; to achieve this, the 21st century Agriculture in Africa must embrace a unified system where all agricultural stakeholders with interest in sustainable agricultural development, actively play their different roles to drive inclusive agriculture. Thus, Agriculture must be seen as a business and not a way of life.

Thank you for taking time to read this! 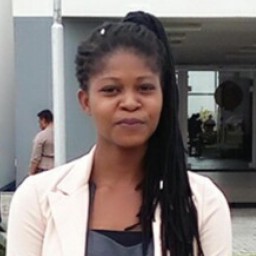 Divine-Love is a progressive Economist with focus on emerging markets and how they can be transformed through the agricultural sector.