But, when you consider that the Nigerian agro-allied industry suffer from inadequate supply of raw materials for the effective operations of their plants, a situation that has impeded production efficiency and left many of them working at two-thirds of installed capacity; the glaring paradox is clear to all. All these are as a result of an absence of market access and lowered visibility of farms. This is as a result of an ineffective produce demand-cycle, and the reasons are painfully obvious.

Most times, producers; processors and farmers alike focus on productions with little invested to understanding the value chain they have chosen to play in. A result, there is little understanding of the markets, both of inputs, and finished product. Farmers grow crops that are not needed by processors, creating a situation where there is glut in the market of produce that are not to the specifications processors need, resulting in them having to suffer the ignominy of produce raw materials downtime. A processor would require Vitamin A fortified maize but the farmers grow varieties they are used to. Information on new and improved cultivars, seedlings, or varieties and the where or how to reach them hardly trickles down to the farmers that need them. For example, the cassava crop suffers from post-harvest physiological degradation (PPD); once harvested from the ground, in two days or less, depending on the variety grown, it would no longer be suitable for consumption. However, there are cassava varieties like the TME 419 that has more PPD tolerance that are in existence; but sadly, not every farmer knows about it or has access to it.

If you take a cursory glance at some value chains, you would find very revealing information, starting with the fish value chain. National fish demand is at 2.1 Million Metric tons per annum with national production estimated at 800,000 metric tons, leaving a shortfall of 1.3 Million metric tons. Total industrial demand for maize was about 1.8Millllion Tons per annum as at 2014, but we are only able to locally produce about a third of that. Demand for rice I about 7 Million tons per annum, we produce about 3 Million tons locally and have a deficit of 4 Million tons. These data and more expose the gross inefficiencies in the demand-supply cycle for agricultural produce in Nigeria. And creating efficiencies in the demand-supply cycle is one of the underlying objectives for establishing Efarms.

By sourcing funds from individual and corporate investors (Join us-Investors), we are able to fund expansions for value chain where thee are huge deficits, while ensuring that surplus products are not wasted by supplying these to aggregators o our network (Join us-Produce buyer). This creates an effective produce demand cycle, a win-win for every player in the Nigerian agricultural sector 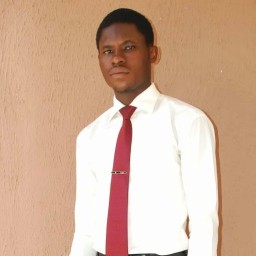 Nwachi as he is fondly called is a goal driven, innovation and technology enthusiast with a passion to transform Africa into the hub that feeds the world by creating, packaging and deploying value across Africa's business value chains.